In 1973, Valéry Giscard d’Estaing said that « in France, we have no oil, but we have ideas ». Recent research confirms this !

In previous blog posts, we talked about research results which compared lead-users to emergent customers in the generation of new product ideas. We also mentioned recent studies which indicate that consumer innovation is NOT a niche phenomenon, and that companies would gain significant innovation power if they find ways to open up to this distributed innovative potential. While research about user innovation started in the eighties, more recent research streams focus on the quantification of consumer innovation or the link between creativity and innovation. Recent results from research conducted in France shows similarly interesting results about creativity and innovative behavior. Click for more detailed results… 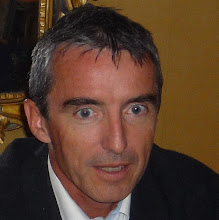 This blog post gives some results of recent research conducted by Eric Vernette, professor at University Toulouse 1 Capitole, in partnership with eYeka. By conducting a web-based survey among a representative sample of the French population, we wanted to find out more about creativity and innovativity of the French people. In this blog post, we want to share some interesting findings about lead-userness and emergent nature of French consumers; one of the results being that both lead-users and emergent customers are (much) more willing to co-create that the rest of the French (see here and here). Before describing some results, het’s define these terms:

Eric Vernette has studied both lead-users and emergent customers, his current research focuses on identification scales of innovative consumers and their role in co-creation activities. After defining thresholds for lead-userness and emergent nature, we wanted to know if these consumers where more involved in co-creative activities or not. The following representation shows that lead-users and emergent customers represent a small part of the population, but a part that is highly willing to co-create with brands!

Lead-users and emergent customers make up a small part of the population (see pie charts), but their willingness to co-create is significantly higher than that of other consumers

These results show that lead-user and emergent nature characteristics, previously unrelated to the attitude towards co-creation, are linked to the willingness to participate in new product/service developement with brands. If we go beyond the average that is displayed next to the pie charts (respondents indicated their answer on a Likert-scale from 1 to 5), we can see that a majority of both lead-users and emergent customers would « strongly agree » to co-create with a brand, as you can see on the bar charts of the previous figure. But what do people actually do online to engage with brands?

To answer this question, we wanted to see what type of co-creative activities these people engage in. Based on Zwass’ taxonomy of co-creation (that we adapted and translated into French), we asked respondents to tell us how often they engaged with brands both online and offline. As for co-creation willingness, the results show significantly higher involvement of both lead-user and emergent nature consumers.

Lead-users and emergent-nature consumers are much more active than the other consumers when it comes to online co-creation activities (items adapted from Zwass, 2010)

Again, this visualization shows that the people who scored high in lead-userness or emergent nature had engaged much more frequently in these activities, with market research and product reviews scoring highest. Finally, a last area of interest that we wanted to explore with Eric Vernette is the level of innovation in which the French engage. If we consider three levels of engagement (in growing order of engagement: suggestion, adaptation and innovation), we can see that – again – lead-users and emergent customers show higher average scores for each of them. See the below figure.

For companies, these results show that not only lead-users but also emergent customers (open to new experiences, creative and optimistic) are both interesting and willing co-creators. This means that, to kickstart co-creation engagement, companies could tap into these minds to increase chances of success – one could even imagine complementary roles between them. Research in France already looked at the complementarity of lead users and opinion leaders, do you think this should be explored further? Have you ever involved expert consumers and/or creative consumers in your marketing activities?

Yannig was Marketing Manager at eYeka, responsible for PR, communication and research. Interested in marketing, innovation and design-related topics, he also loves to free his head by cycling, running, reading or drawing. Yannig, who holds an MSc from ESSCA School of Management and a PhD from University Paris 1 Panthéon-Sorbonne, tweets under @YannigRoth and blogs at www.yannigroth.com
View all posts by Yannig →
This entry was posted in Research and tagged creativity, Innovation, research. Bookmark the permalink.